In the article, we will fundamentally break down how banks make money. Banks earn their money by lending the money you deposit to other people.
For example, if you deposit $1,000, a Big Bank pays you a small amount in interest to hold on to that money, then turns around and lends it out at a much higher percentage for a home loan.
Assuming that everyone repays their loans in full, the bank makes a huge return on their money for simple arbitrage. But here’s how they really make tons more money.
Traditionally, banks make money from the difference between the interest rate they pay for deposits and the interest rate they receive on the loans they make. They also earn money from customer fees and interest on the securities they hold.
FEES, FEES, FEES. In 2017, banks made more than $34 billion from overdraft fees alone. For example, if you’re using a debit card and accidentally buy something for more money than you have in your checking account, you’d expect your bank to decline the charge, right? Nope. They let the transaction go through, and then helpfully charge you around $30 for an overdraft fee. Even worse, banks can charge you multiple overdraft fees in one day, leading to horror stories of more than $100 in fees levied in a single day.
One overdraft fee wipes out your interest for the entire year and makes you hate your bank more than you already do, if that’s even possible. More than half the people I’ve spoken to during my personal finance talks have had at least one overdraft.
One night, I was out for dinner and my friend—let’s call her Elizabeth— started asking me questions about overdrafts. They got increasingly complex, which weirded me out because I wondered how she knew so much about them.
I asked her a simple question: “How many overdrafts have you had?” She got quiet, which of course made me want to to interrogate her more (welcome to my twisted mind). I learned that she’d incurred more than $400 in overdraft fees over four years of college by simply not paying attention to how much money she had in her account.
The sad thing is that she could have negotiated her way out of the first few fees and then set up a system so that it never happened again. For more on negotiating bank fees.
Remember, your bank’s fees can be more important than the interest rate it offers: If you have $1,000 and another bank has a 1 percent higher interest rate, that’s a difference of $10 per year. Just one overdraft fee equals three times that amount. Costs matter.
Bank of America institutes new fees for what seems to be no reason, sometimes unexpectedly. Like $5 maintenance fee on savings accounts? It’s not like the interest offered is even worth it. Not to mention their $12 fee for checking accounts that don’t have deposits of $250 or more. I know the amounts seem  small but I know for some people $5 to $12 is a lot of money and can be the difference in paying bills. It always seems like those with the lowest balances end up paying the price.”
This infuriates me. I absolutely hate when sophisticated financial firms take advantage of people who don’t understand the complexity of these financial products.
And people still stick with banks who have proven bad patterns of behavior.
I asked some of my readers who’d chosen to stay with horrible banks like
Wells Fargo or Bank of America—why? Their answers:
I’ve been with Wells Fargo for like 20 years . . . so it’s just one of those things where “it’s always been that way” and I don’t think about it.
I have 8 accounts with WF, and although I hate them and what they stand for, the idea of moving those accounts seems like a gigantic, annoying time suck.
I’ve changed banks before, but it was a struggle to get the ball rolling. It’s almost like an emotional attachment.
No matter how many times I say to switch to a better bank, most of my readers don’t give a shit. It’s fine! Stay with the bank that’s going to open fake accounts under your name, charge you near-extortionate fees, and figure out a way to screw you today—or five years from now. God.
I’ve been with Schwab for years thanks to your recommendation. Service is always great —the few problems I’ve had are always cleared up.
I switched to Schwab YEARS ago based on your recommendation and haven’t looked back.
On your recommendation, I moved to Schwab. I’ve used them all over the world (including in Pakistan at what claims to be the world’s highest ATM).
Banks earn their money by lending the money you deposit to other people. The other main ways they make money are from interest on loans and fees associated with their services.
Interest income and fees are the primary way that most commercial banks make profit. In 2017, banks made more than $34 billion from overdraft fees alone.
Copyright I Will Teach YouTo Be Rich ©2022 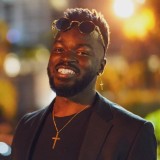 Robo-Advisors: Should You Use One? Pros & Cons (+ tips)